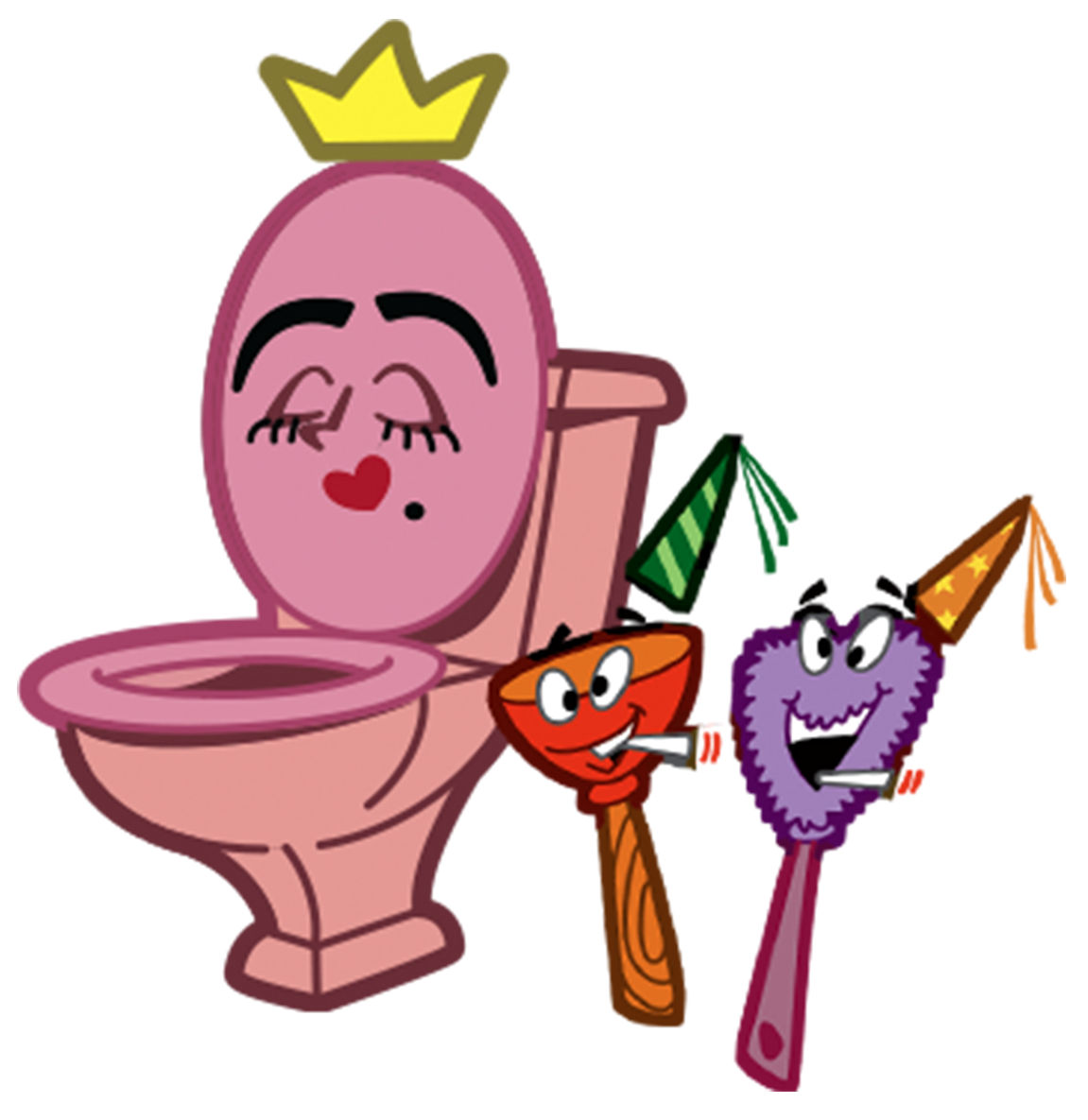 In 1941, Tuck "Tinman" Tatum, the owner of Glandul•Aire, requested a promotional mascot that not only reflected the Glandul•Aire product but also exuded sex appeal. Yeeeowwalczyk head animator Zed Zedlin responded with a drawing of a sexy little commode and the rest is animation history. Queen Glandul•Aire was initially featured on the side of latrines destined for the front lines of WWII. By the end of 1942, she had made her screen debut in the short film Outhouse Antics.  Over the years, Queen Glandul•Aire has been in over 35 short and 2 full-length animated films. 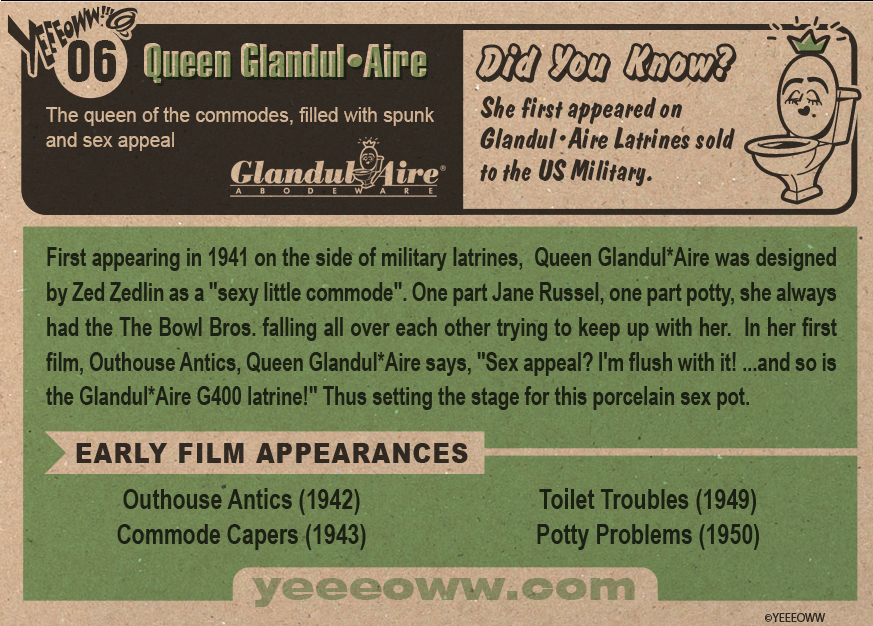 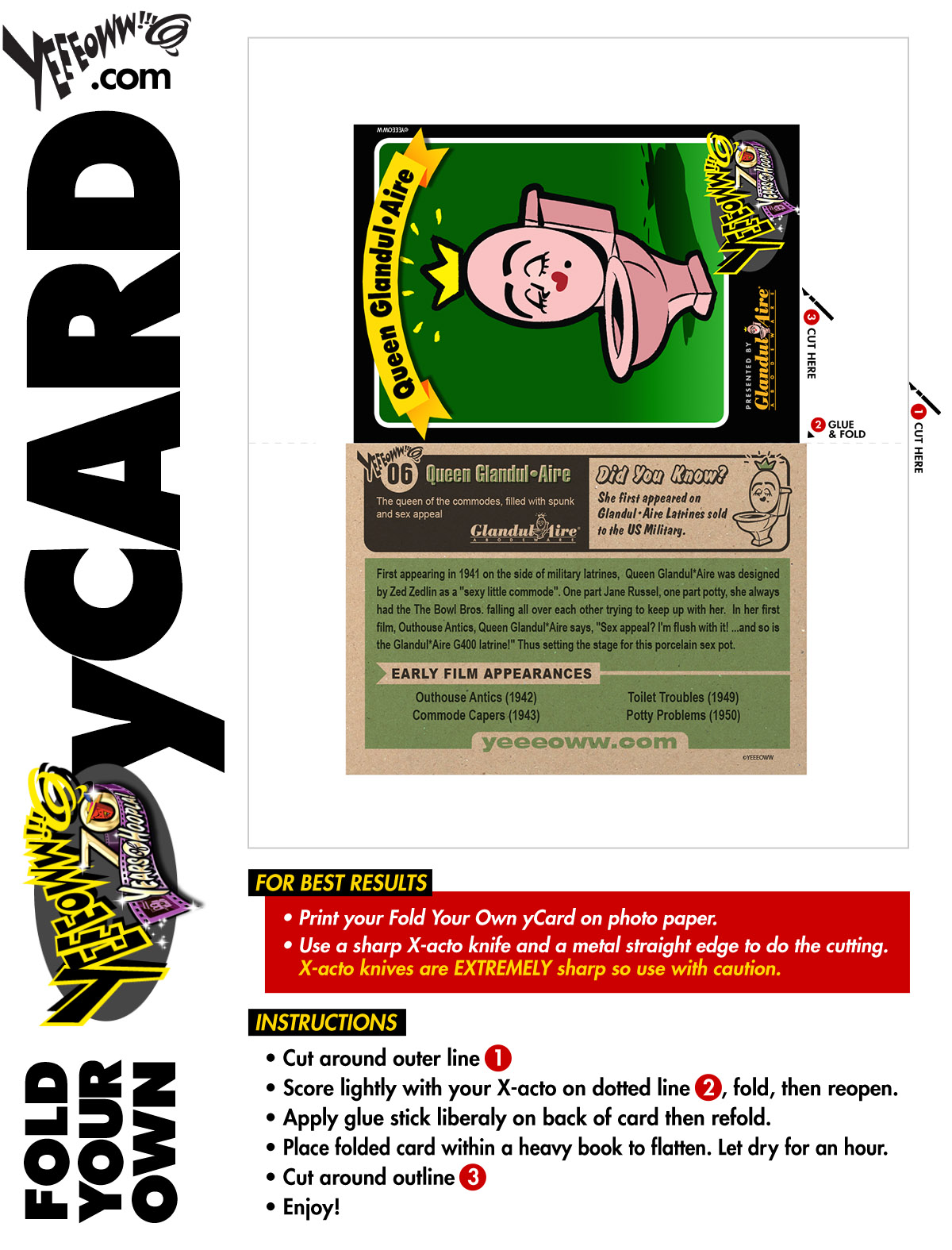 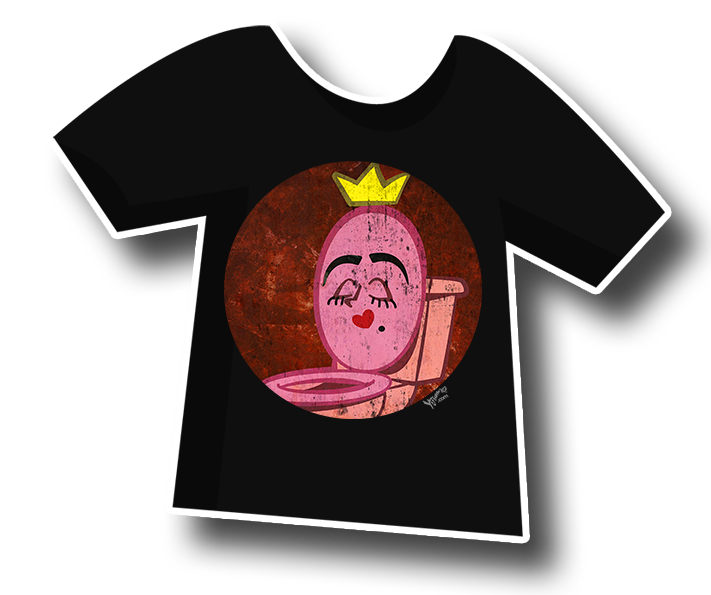 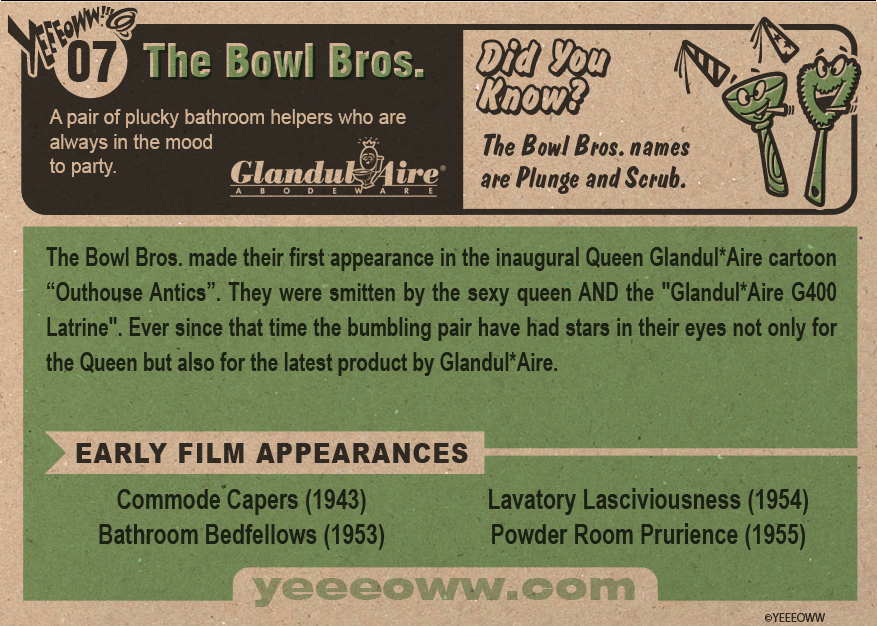 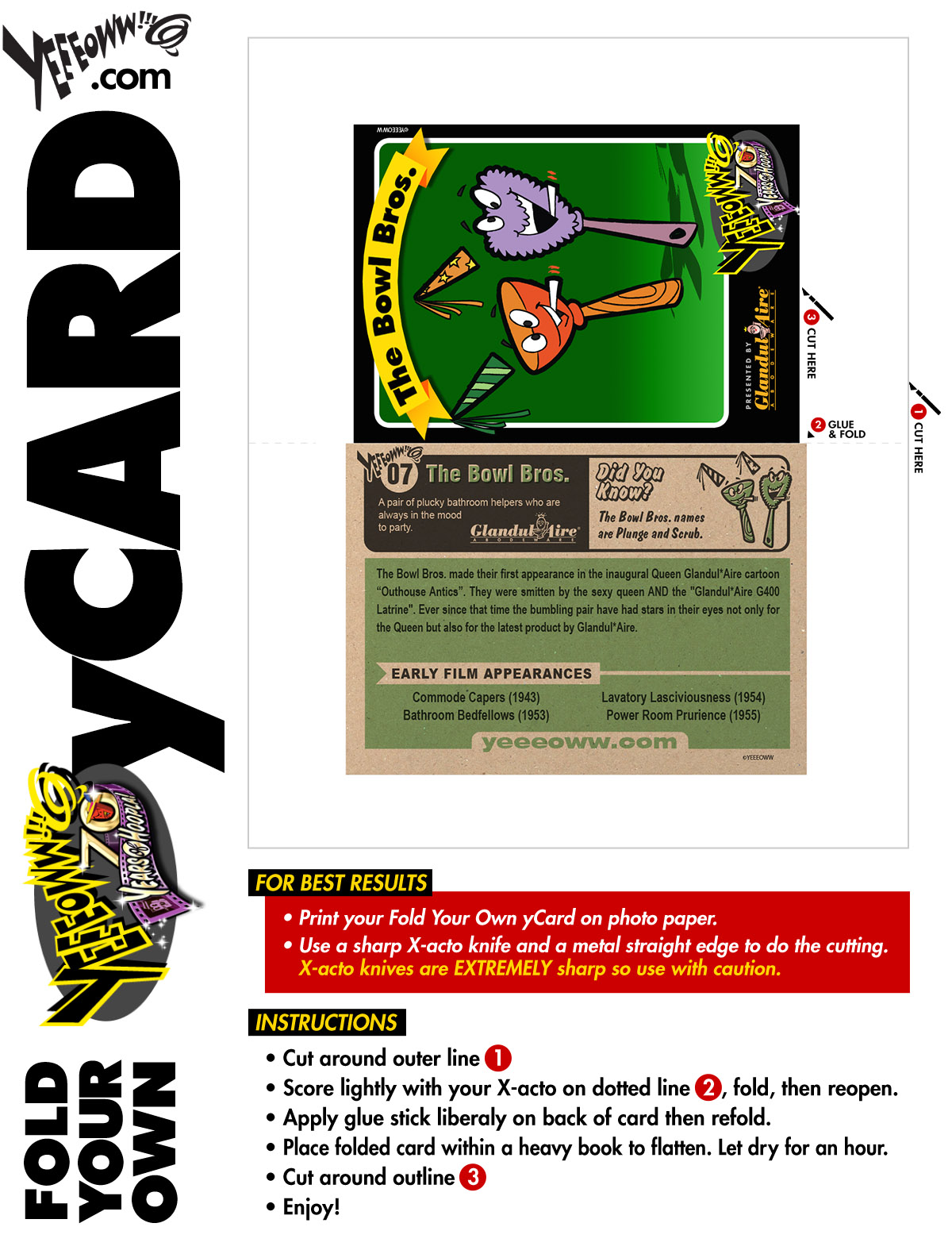