Yeeeowwalczyk Productions’ Corporate Office construction fence in 1962. The old building can be seen in the back prior to demolition. 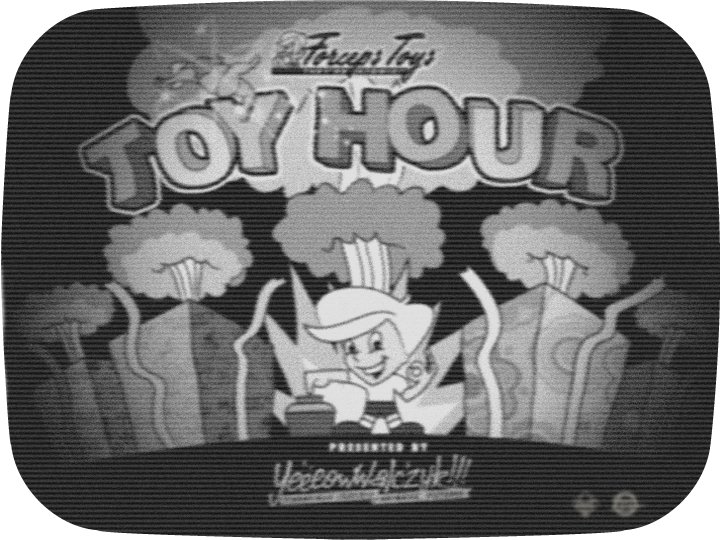 Johnny Forceps, the owner/operator of Forceps Toys had a simple idea: showcase their newest toys and then break them. Unfortunately, with this thin plot line, the Forceps Toys' Toy Hour lasted only one season. 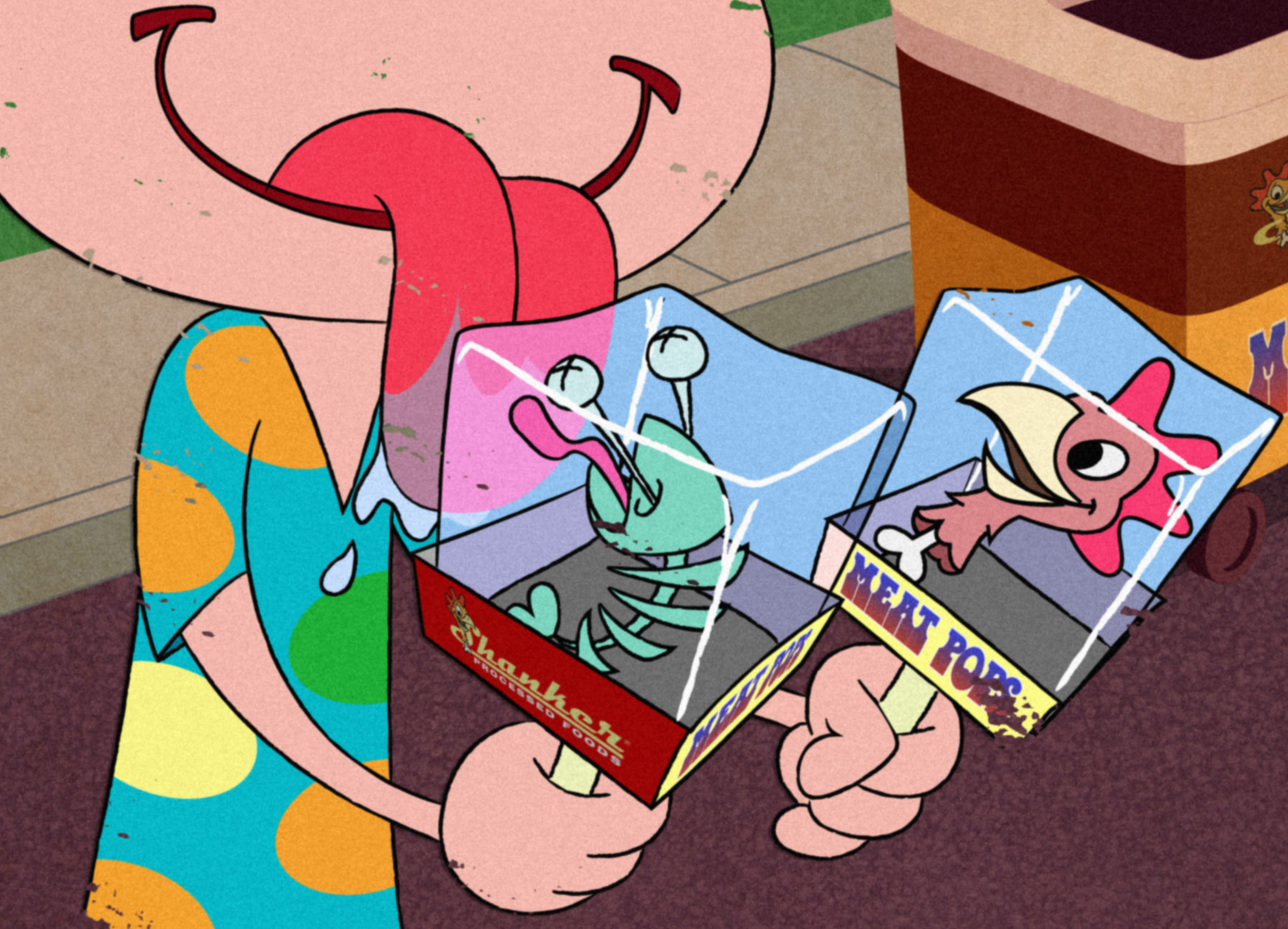 Processed Foods 'n' U was originally written for an episode of The Magical Merchant Machine – in Color. When the show was not picked up for another season Crocker Yeeeowwalczyk realized with a few musical numbers thrown in, he had a feature on his hands. 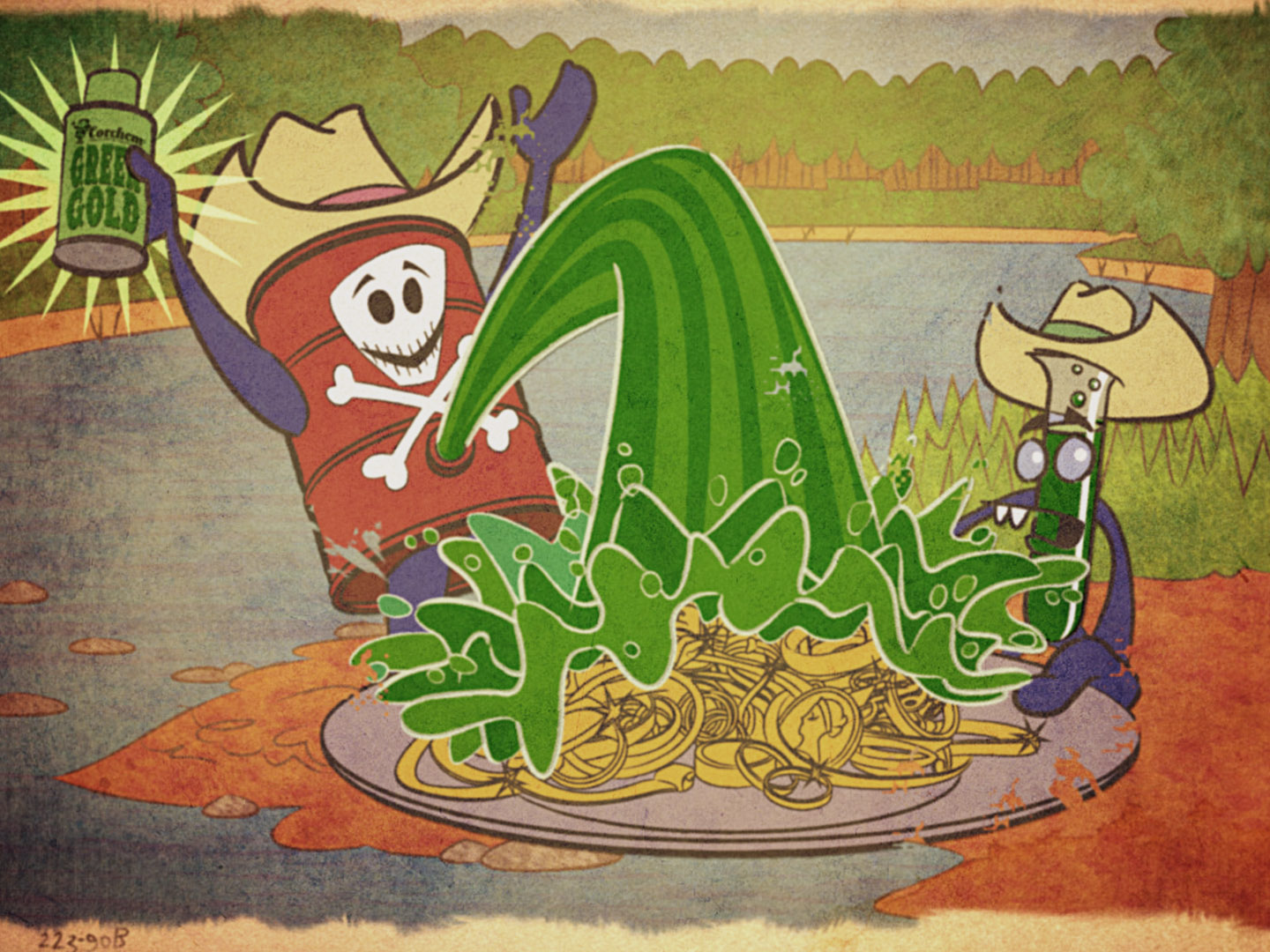 This was episode number twelve of The Magical Merchant Machine – in Color. Co-sponsored by Corchem Chemical, the episode featured Corchem Man and Dr. Molecular as prospectors discovering a fantastic new way to keep gold sparkling like new. 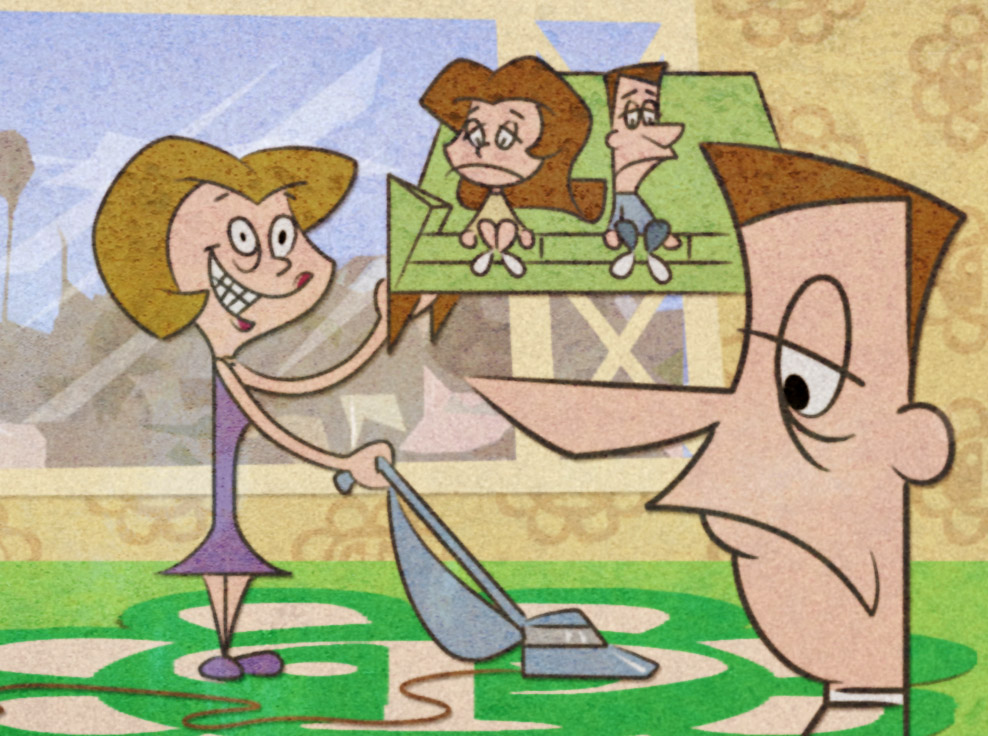 Yeeeowwalczyk ended what became known as the “Pfride Decade" with this entertaining animated musical dramatizing Pfride's advances in –what they called– "Female Spousal Productivity and Happiness". Initially slated for a 1967 debut, Mommy Looks Happy Now, was not released until October of 1969 due to a slower than expected development cycle.

The 1960’s saw the largest expansion ever for Yeeeoww. Albert Crocker Yeeeowwalczyk was born March 10, 1962. In May, Crocker renamed the company to simply Yeeeowwalczyk Productions.  August 14, 1964 marked the grand opening of the subterranean Yeeeowwalczyk Productions’ Corporate Office.  The original Yeeeowwalczyk Building Supply outhouse was converted and used as the entry way to an elevator. This elevator gave access to the 12 floors of the building buried beneath the desert surface, with more than 200,000 square feet of work space. Throughout the 60’s, Yeeeowwalczyk continued trying its hand at TV. 1963’s Magical Merchant Machine– in Color! was a poor performer lasting only one season. 1969’s Magical Medicinal Merchant Machine Sponsored by Pfride Pharmaceutical seemed to hook the viewing public and remained on the air through much of the seventies. 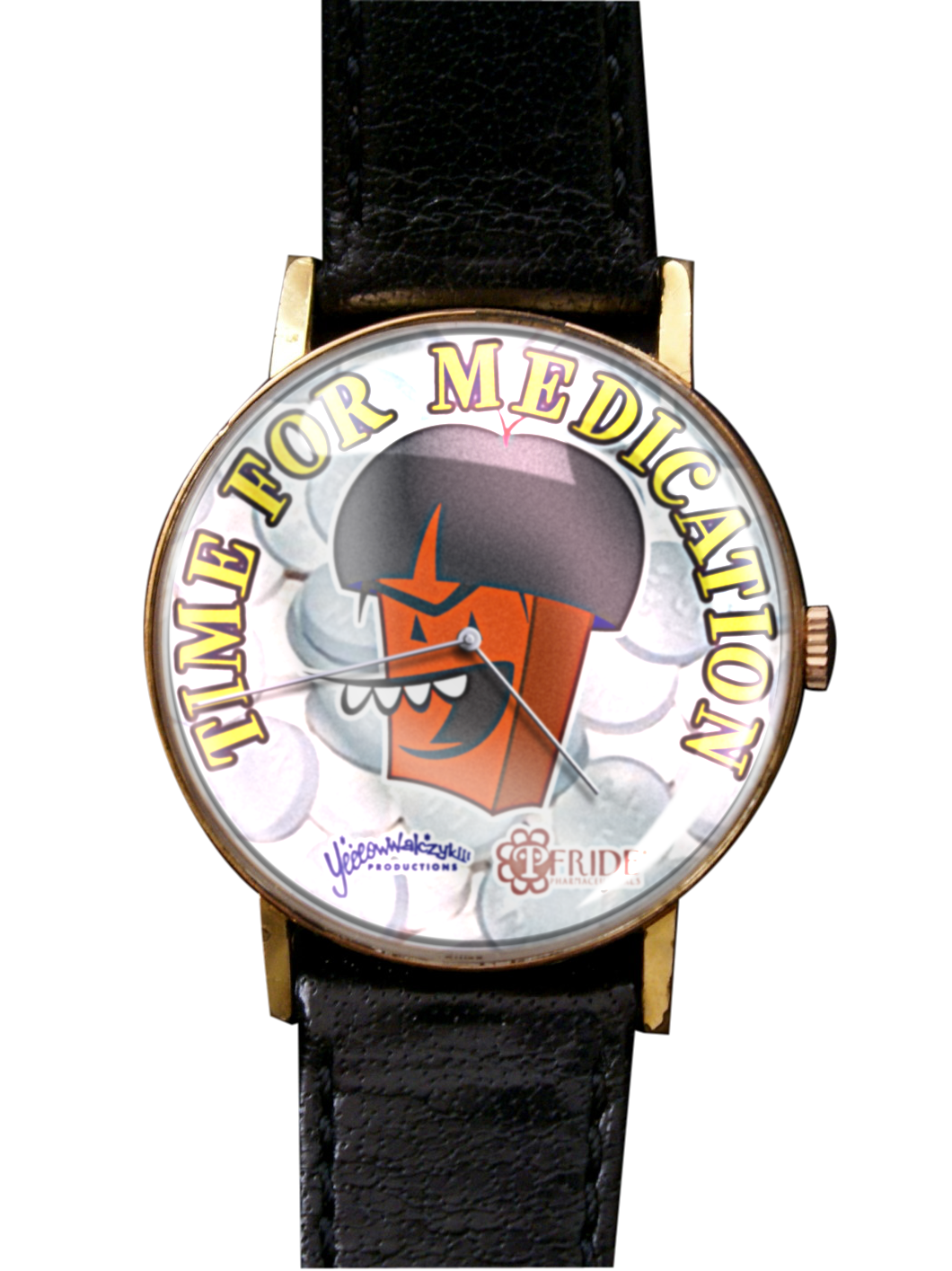 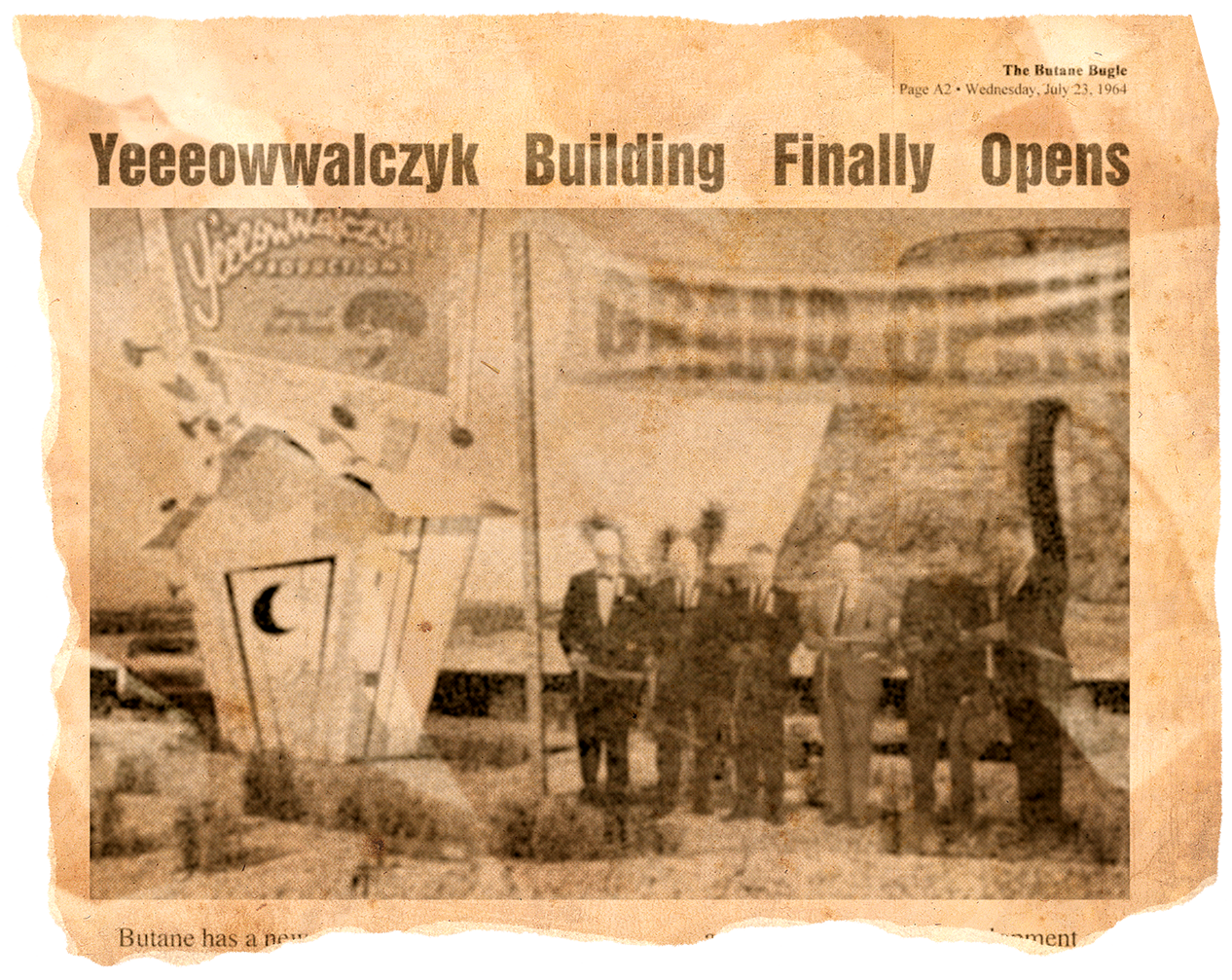 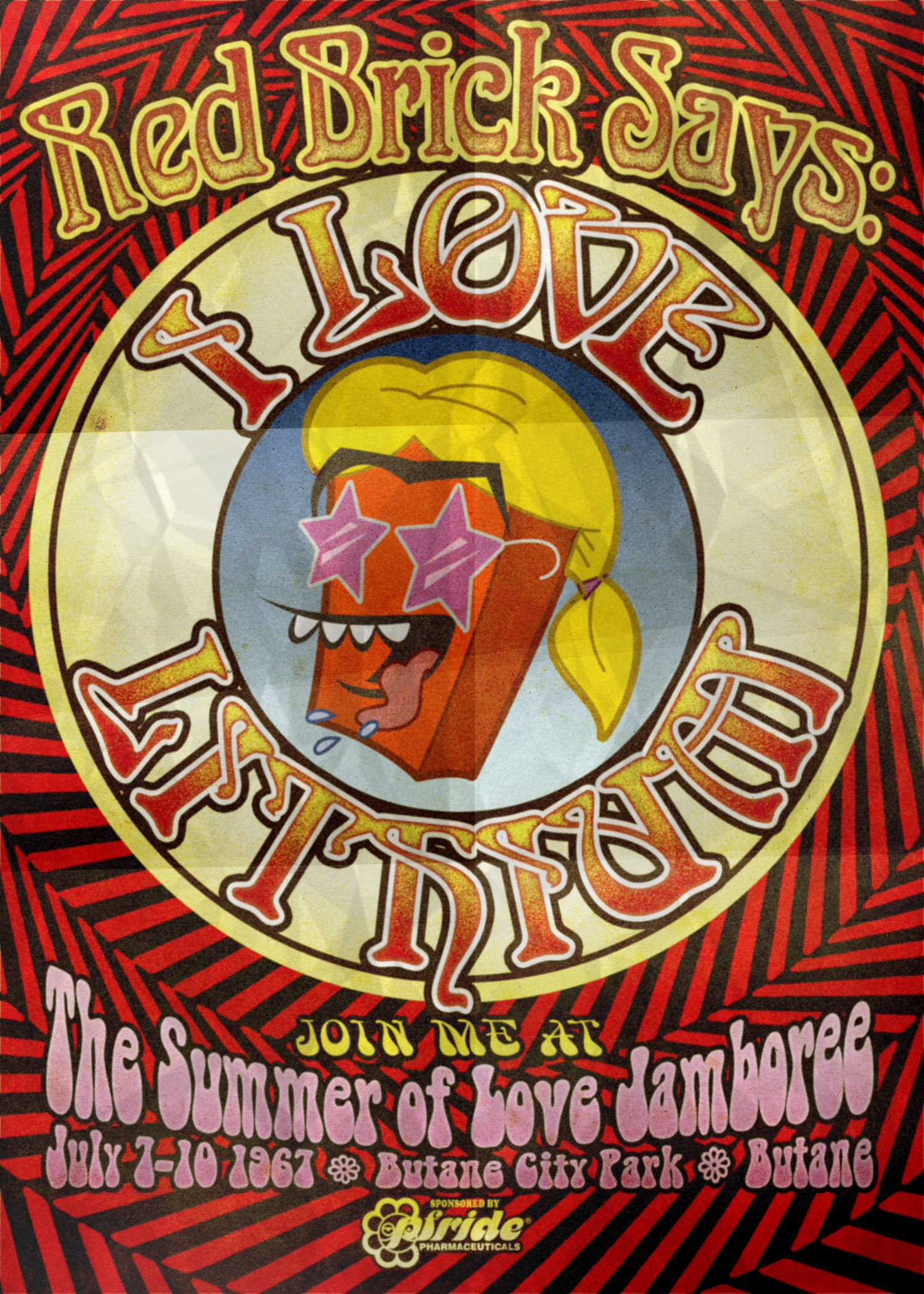 I Love Lithium Pfride Pharmaceuticals concert poster
This poster was produced to advertise the Summer of Love Jamboree in Butane during the summer of 1967. Over 2000 youngsters descended on the city to celebrate the 3 day concert hosted by Pfride Pharmaceuticals. Crocker Yeeeowwalczyk personally pasted up 50 copies of this poster throughout Butane
<< 1950s
‍1970s  >>
‍