Crocker Yeeeowwalczyk stands in front of the original Yeeeowwalczyk Building Supply building. An early image of Red Brick can be seen on the front and side of the building. 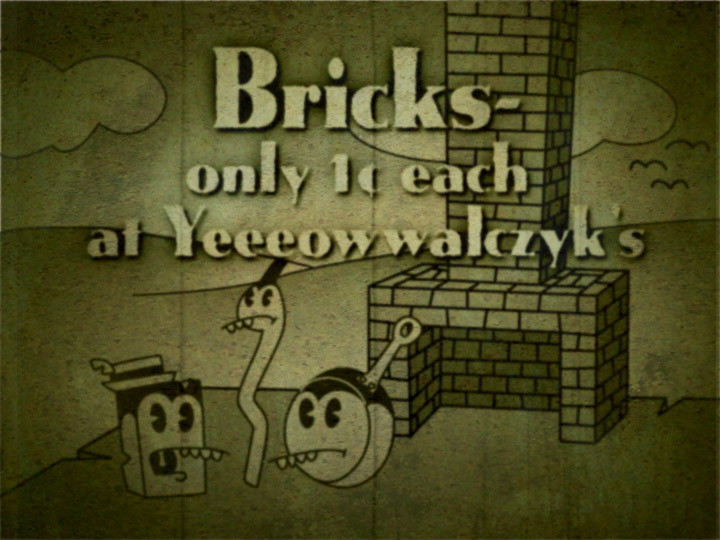 It All Started with a Brick

In 1931, Ebenezer Yeeeowwalczyk purchased a modest two story brick building in Butane California. It was here that Ebenezer and his 20 year old son Crocker started a building supply business selling, among other things, bricks. But Crocker was more interested in promoting the business than the business itself. So in 1933 Crocker doodled a "precocious little brick" character on a napkin and named his creation Red Brick. Hiring gifted animator Zed Zedlin, Crocker quickly set about creating Yeeeowwalczyk Building Supply's first animated promotional short film, Bastard Building Builders staring Red Brick. The film played at the Butane Theater, and was an immediate hit. It also boosted revenue for the building supply business. Still, Ebenezer felt his son was wasting valuable work time on his "hobby". It was during this time that Crocker, forbidden by his father to set up space within the main building, made his office in the outhouse out back. 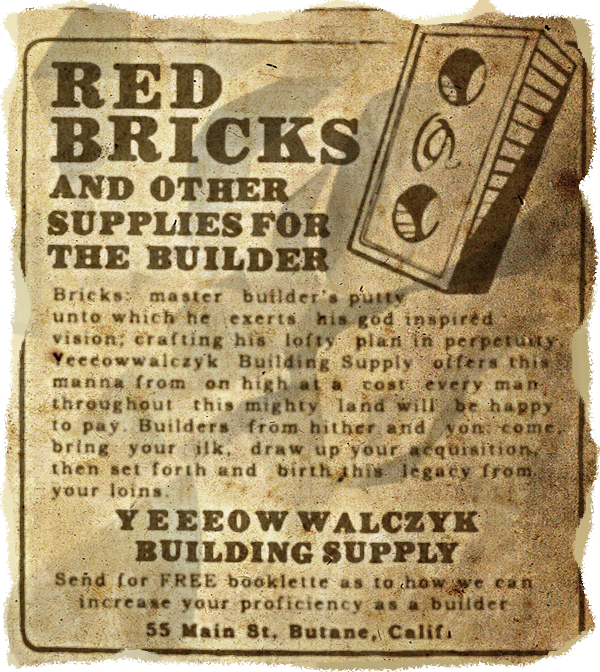 First sketch of Red Brick on Butane Cafe napkin
A napkin from the long demolished Butane Cafe (replaced in 1949 by Der Chimihaus) containing the first rough doodles of the "precocious" Red Brick. Crocker crudely demonstrates how an animated character could be used to increase the sales of bricks sold in his father's store. This historic napkin was drawn in June of 1933 by Crocker Yeeeowwalczyk and later shown to head animator Zed Zedlin. 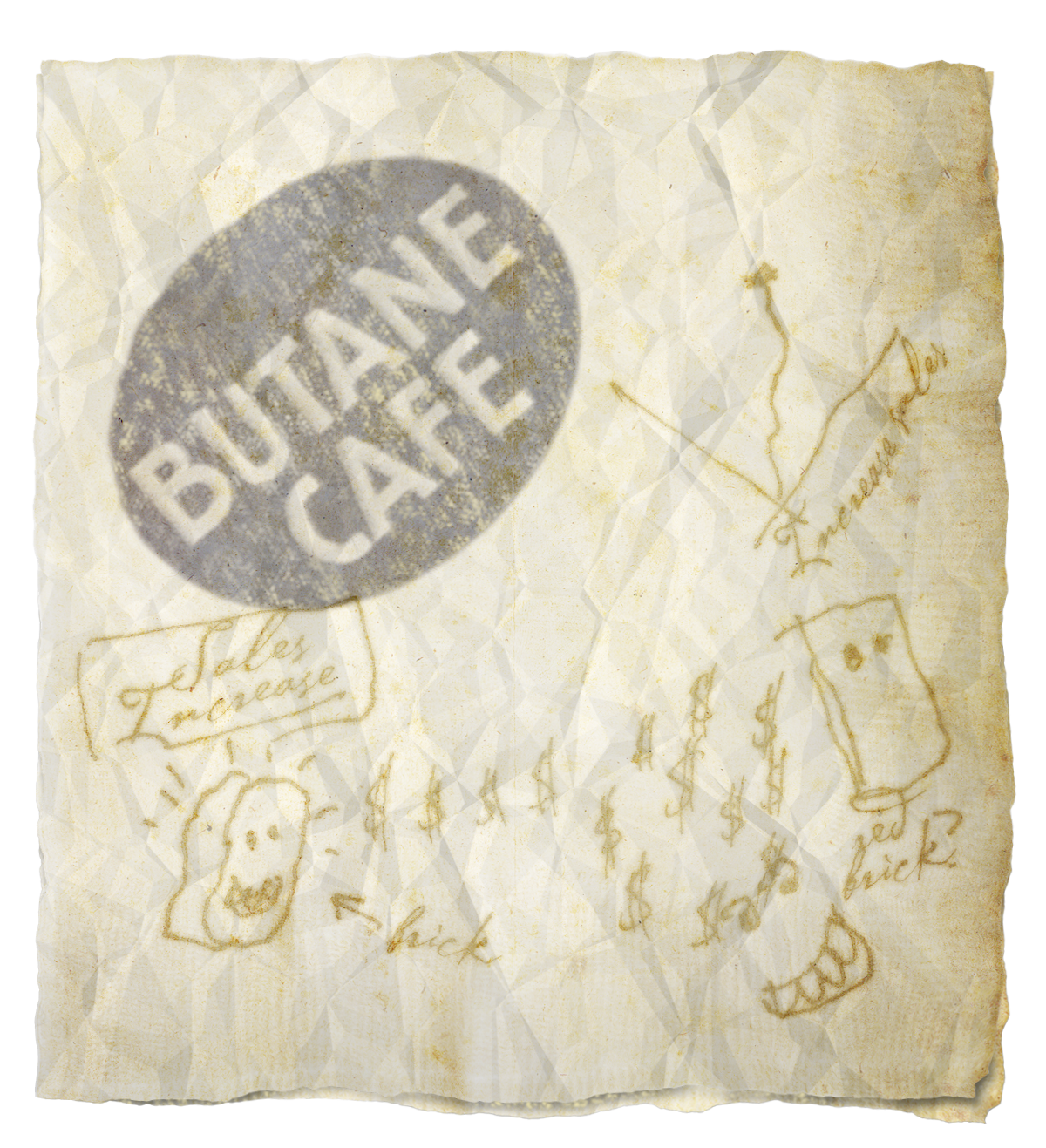 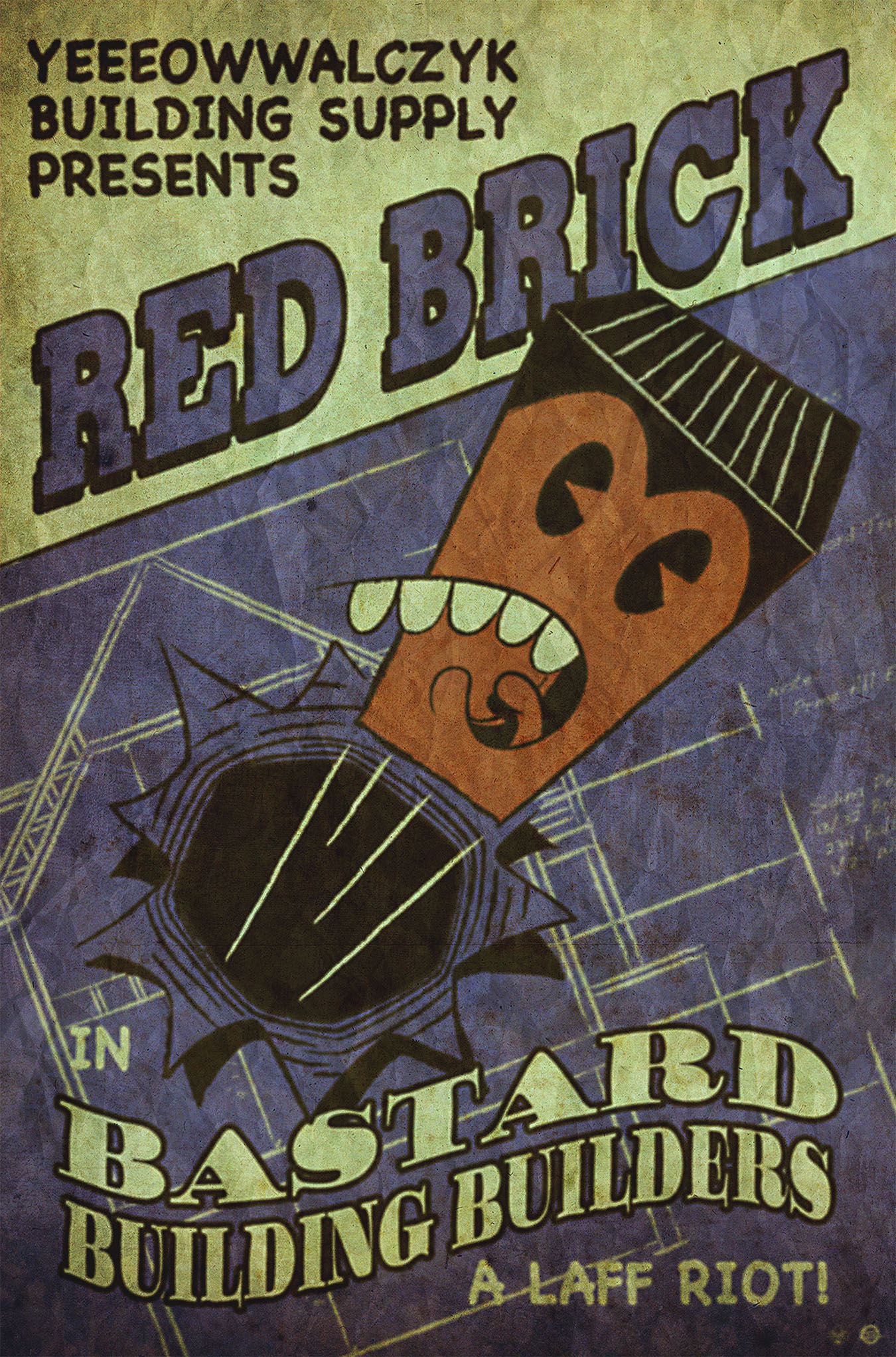 Yeeeowwalczyk Bastard Building Builders movie poster
A movie poster created for the first Yeeeowwalczyk animated film Bastard Building Builders. It's interesting to note that Red Brick is drawn with five teeth versus the usual four. In two scenes of the actual film he is also drawn with five teeth showing just how in flux character designs were at this time. This particular poster was discovered in the basement of the Butane Theater in March of 2009.
1940s  >>
‍