Crunch Party Chimi: What’s In It For Me? 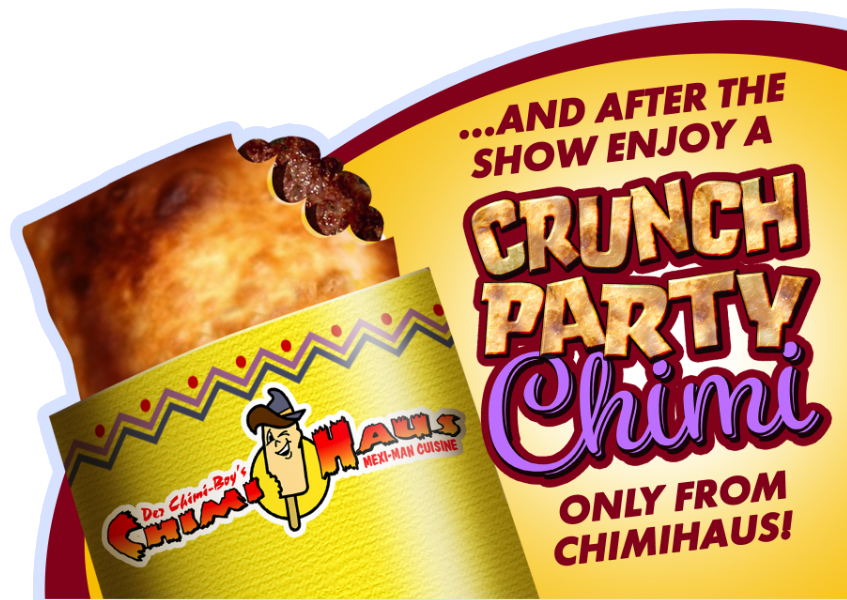 Every since we launched the Chimihaus Party website a couple weeks ago people have been stopping me all over Butane and been asking me, “What's up with the Crunch Party Chimi?” Well as you know, Yeeeoww!!! has always prided ourself on our Promotainment style animation. So back in 2002 when we were first discussing the new film I was in talks with Juanita over at the Chimihaus about something special we could feature in the film. Jaunita's creative mind started whirring and she came up with the Crunch Party Chimi concept: take a Chimihaus Chimi and deep fry it not once, not twice, not even three times. The Crunch Party Chimi is deep fried a full FOUR times for just the right jaw-splitting CRUNCH! We were so excited about this new delicacy we decided to make it the focal point of the film. When you get over to Chimihaus and try it we think you’ll understand why Big Rock would go to any illegal means possible to get his hands on one.

Chimihaus Party opens November 15th, but Crunch Party Chimi is available now through the end of the year!