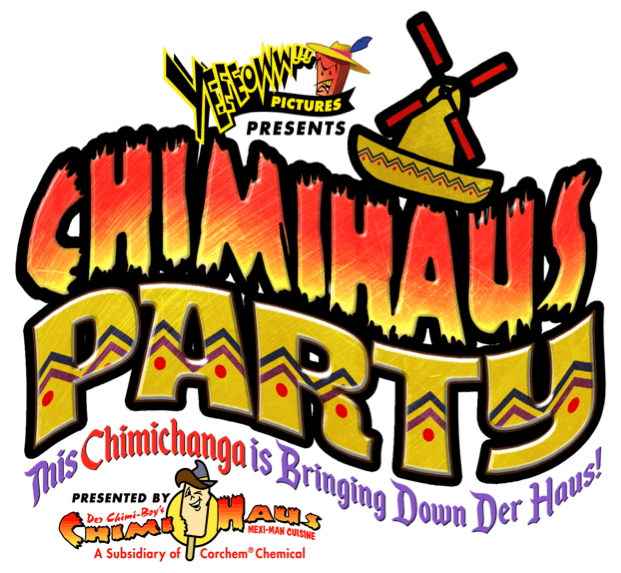 I’m sure you’re saying to yourself, “Al, wasn’t the Chimihaus Party opening night extravaganza on November 15? Why are you just posting on November 17?” And you are correct- opening night WAS November 15. The problem was, the inaugural screening of Chimihaus Party was such a fantastic success with all you good people of Butane coming out and packing the Butane theater and sharing in the excitement, and partying into the wee hours... to be honest, I slept right through November 16. So here I am, on November 17, with a cup of coffee in one hand and a hair of the dog in the other, starring at my iPad screen wondering how to put into words just how wonderful it was to share with the Yeeeoww crew and the city of Butane at large our first feature length animated film opening in over 25 years! I just want to thank you all so much for coming out! I want to also send a million thanks to Jaunita for throwing the party of the century in the parking lot of Der Chimihaus after the screening. There were enough Crunch Party Chimis to feed the hungry Butane crowd three times over!

So here we are: Chimihaus Party is currently playing at the Butane Theater and will be for the foreseeable future. So please go check it out and then grab a Crunch Party Chimi at Der Chimihaus after the show!

So now what? The Yeeeoww crew is not resting on its laurels! We have a few other tricks up our sleeve for 2020 and beyond. I suggest you pay particular attention to the currently very limited PARK tab of this website for details. 'Nuff said.

And now, if you don’t mind, I’m going to go crawl back into my bed and prepare for the future...