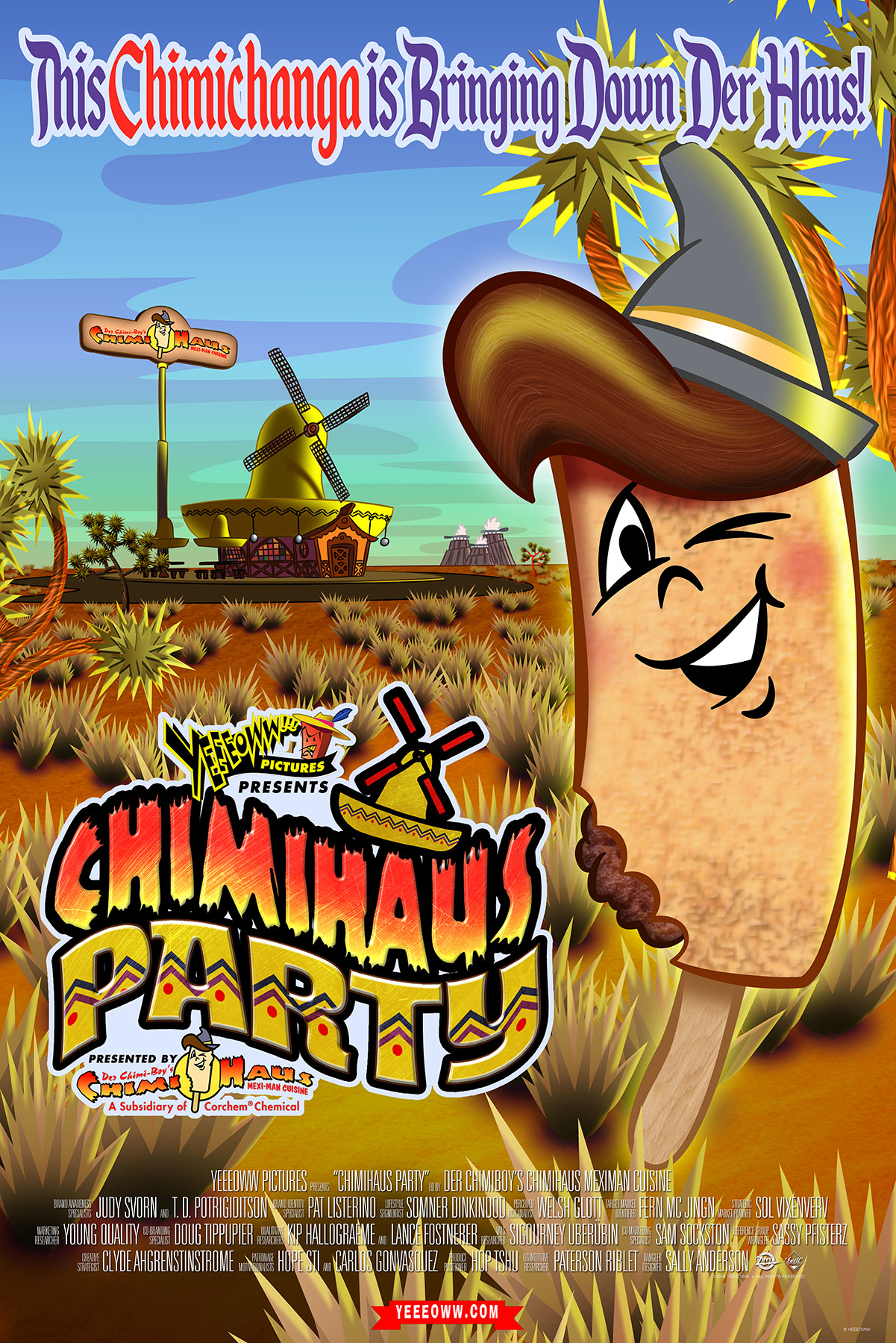 Al Yeeeowwalczyk here. Animation is nearly complete on our first feature length film in over 20 years- Chimihaus Party. Of course everyone in Butane has grown up with Chimihaus - located at 111 Butane Blvd. right here in lovely Butane. Everyone knows the fantastic Jaunita. In fact, a lot of you probably even knew Hans Hansenhans- the patriarch of Chimihaus- personally. But I thought you all might be interested to know the backstory of Chimihaus Party and why we chose Chimihaus as the subject of the first film out of our rebooted animated film department.

My dad met Hans Hansenhans back in 1956 when Hans and his wife moved to Butane. In the early days Hans worked with Juanita from their truck in the parking lot of the Butane Inn which was right next door to the original Yeeeowwalczyk Productions building. Sometime in 1958 Hans approached my dad and asked if someone in the company would create a character for the Chimitruck to be used in all their marketing. Dad asked Zed Zedlin if he would be interested in the job and Zed came up with Chimiboy. So Chimiboy has lived next door to Yeeeoww for low these many years! In 2012 I was having lunch at the Chimihaus with Jesus Klackston, President and CEO of Corchem. Jesus told me Corchem was buying the Chimihaus and asked if Yeeeoww would be interested in creating a feature animated film staring Chimiboy. Given our history with Chimiboy, Juanita and Han, and the fact Corchem offered to finance the whole project, it was an offer I couldn’t refuse! Production has been slow, having to hire animators, producers and other production folks while updating our systems. But here we are. We are looking forward to the premiere of Chimihaus Party in November at the Butane theatre.

Hope to see you all there!